Our New York datacenter has been open now for a few months and 75% full. No expense has been spared when building this datacenter. The site with FULL Manhattan bypass and even bypass via Europe in case of substantial event affecting the North East.

Unlike many datacenters – each rack has its own hot-air chimney allowing hot air to be pulled straight out of the rack into the hot air ducting above. 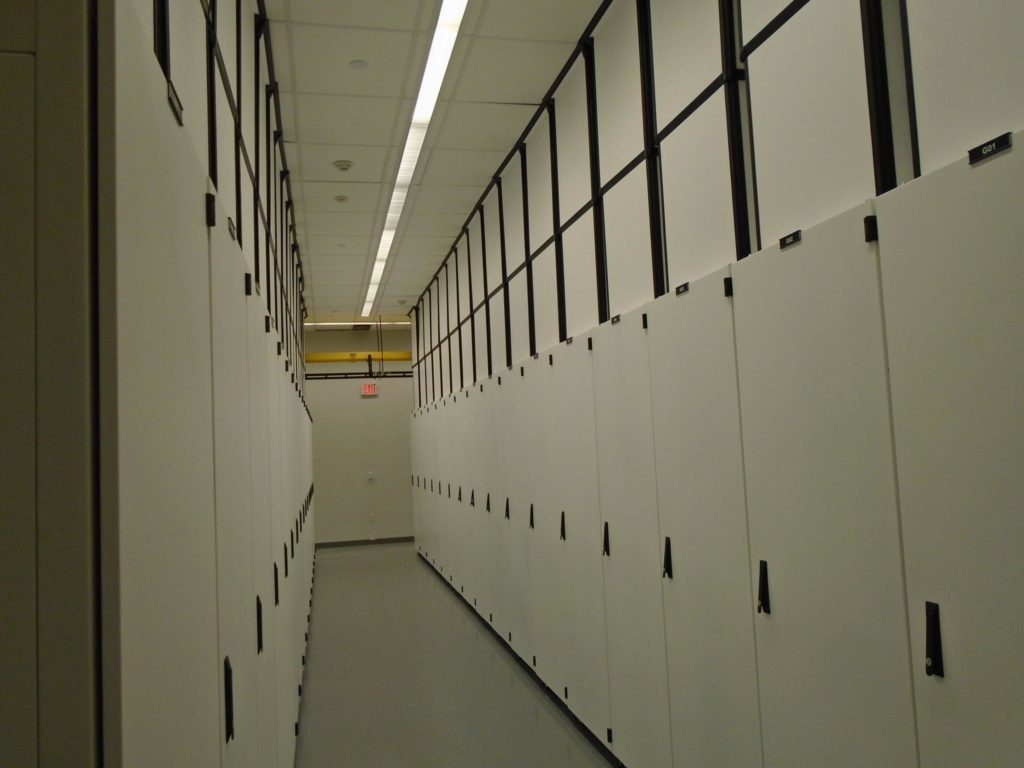 Structured cabling to every rack and every row 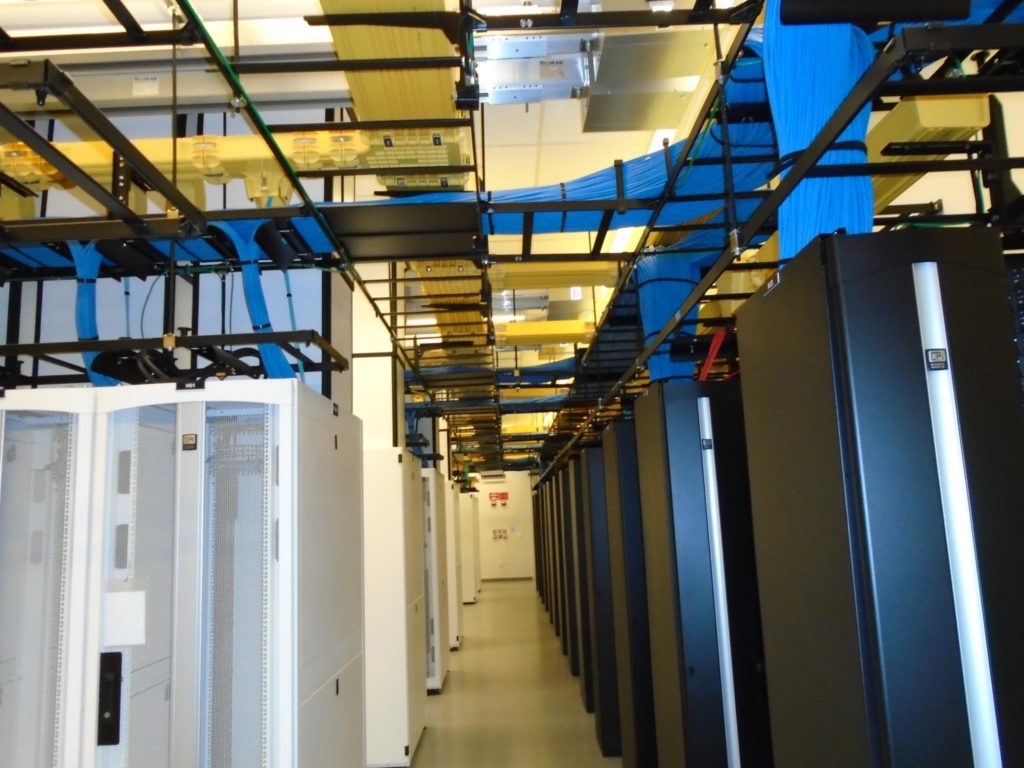 This facility is diversely connected to Manhattan and we can offer same day cross-connects to any major network in Manhattan or other datacenter on our network.

Eighteen months later, our new Tier-3 NYC datacentre is nearly ready for service, we’re expect to be live on May 7th. No expense has been spared on this build:

This site is primarily for cloud compute but will also offer limited full rack colocation and dedicated servers. Its connected to our Manhattan ring and can extend network to every major datacentre in Manhattan and with our long haul network any major datacentre in US, Canada and Europe. One hop to Toronto, Montreal – one hop to London – one hop to Chicago – see our network map.

The new datacentre will be one of the best connected and equipped datacentres in NY when completed – offering direct access to more than 100 carriers and networks; as well as robust power and cooling infrastructure. 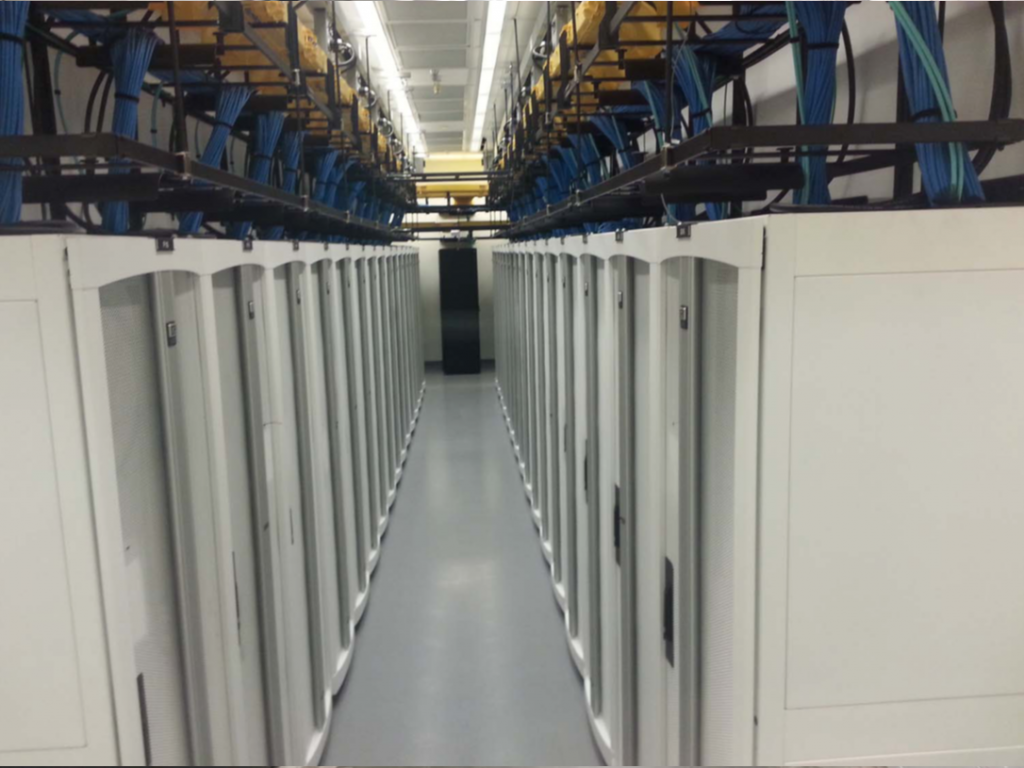 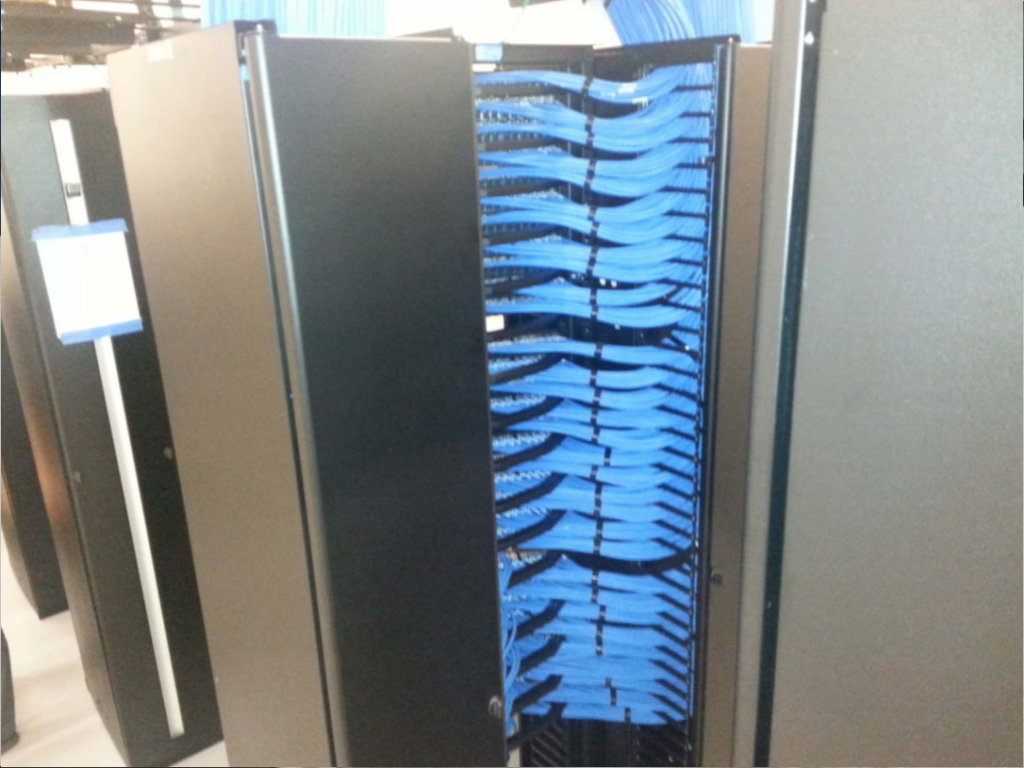 ^ Structured copper and fibre cabling throughout the datacentre 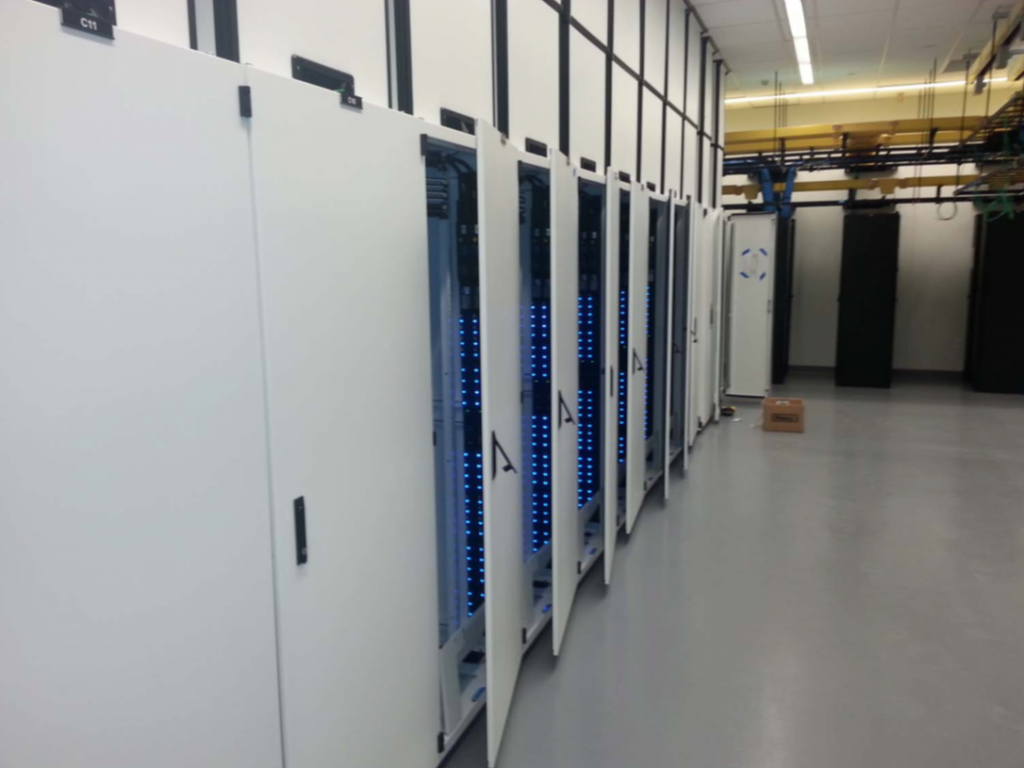 ^ True diverse power with A+B PDUs in each rack 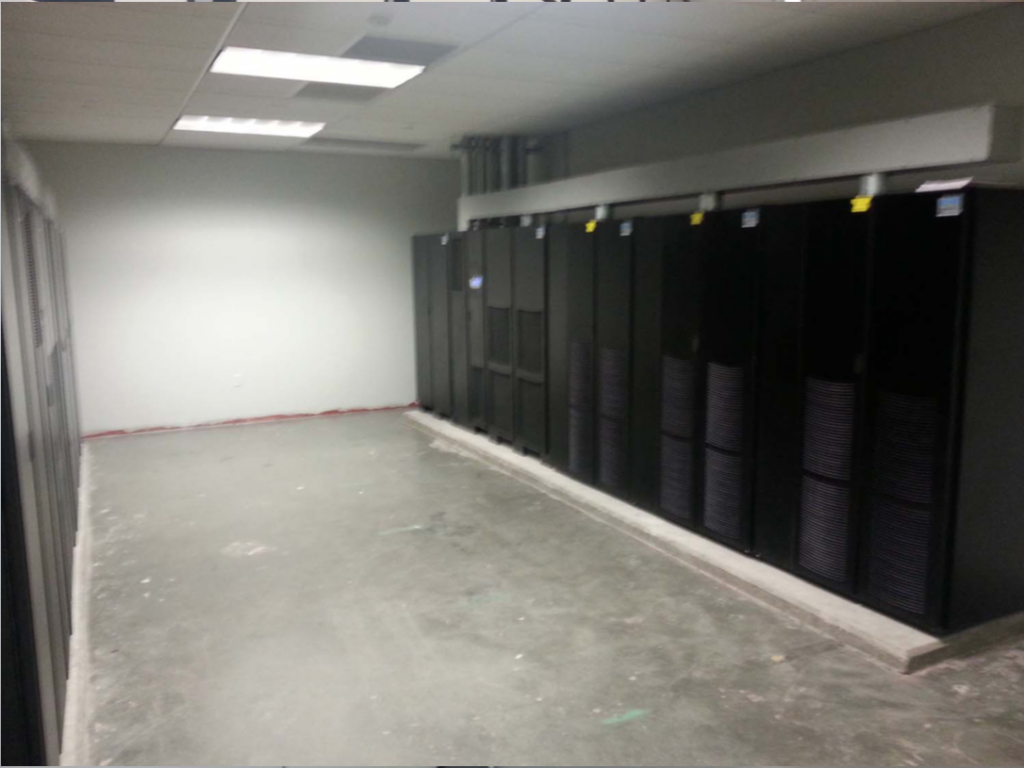 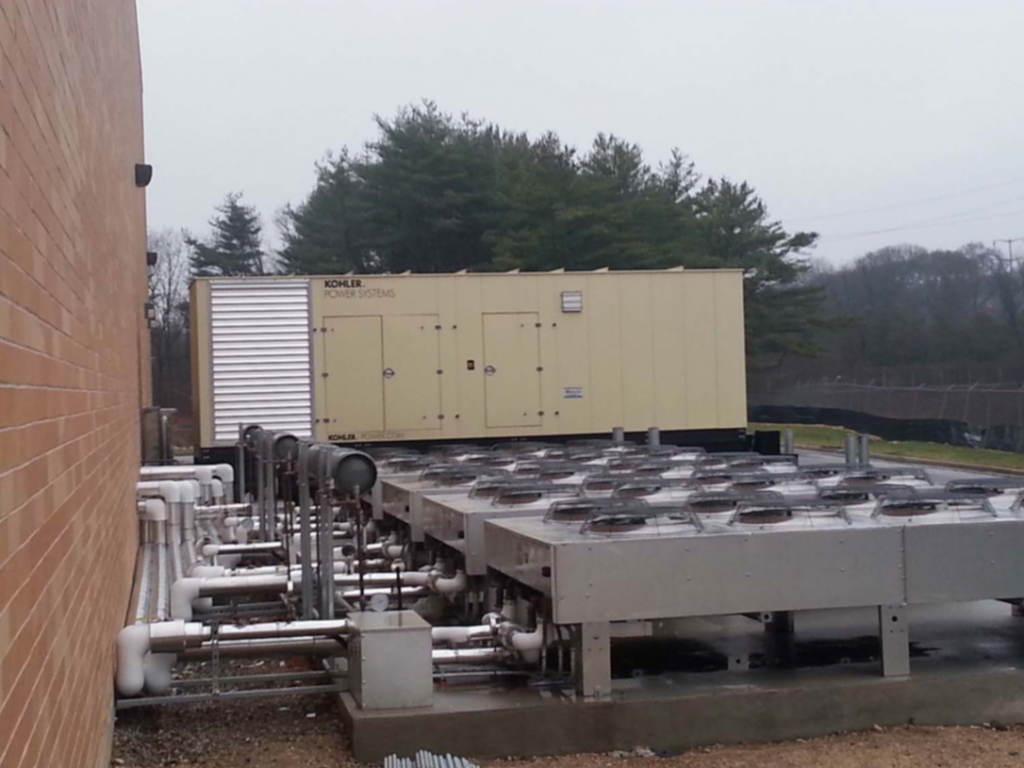 ^ A+B Generators and dry coolers for the Liebert HVAC

We took delivery last week of a new OTU4 circuit from London to New York over the AEC-1 cable system. Boosting our bandwidth by another 100Gbps to over 10Tbps. See our network map for European and North American capacity. 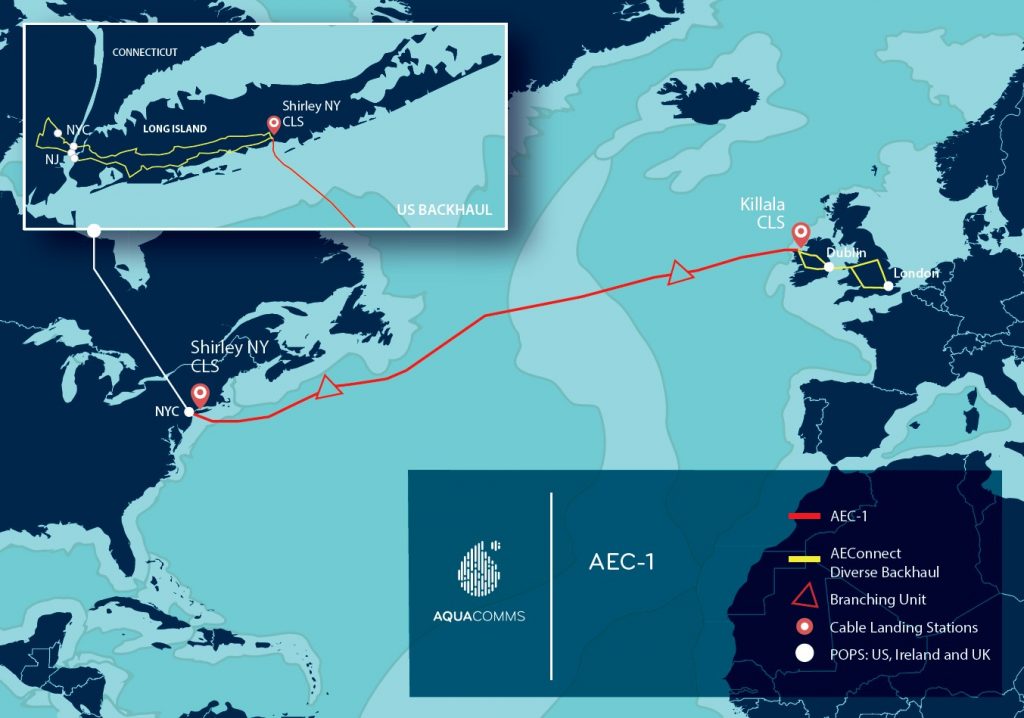 This adds to our existing transatlantic capacity and provides additional bandwidth as well a protection path.

This is the most modern cable system between US and Europe. It cuts round-trip delay down to 67.9ms. Not bad for 6925km of fibre! 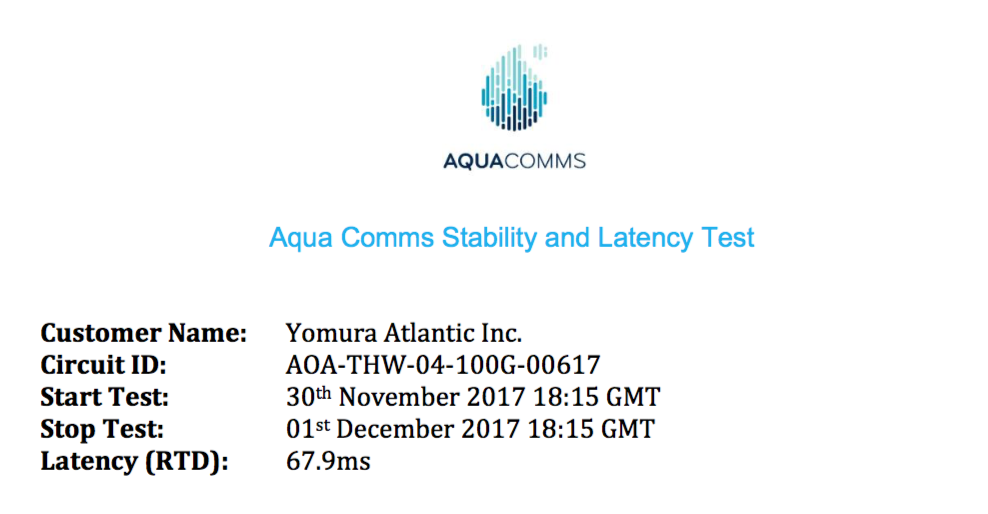 Due to our Christmas network freeze, we will won’t be putting this circuit into service until January 2018. It will be used to increase capacity to our European IXPs like LINX, DECIX, AmsIX, NetNod and ECIX.

Delimiter is connecting to DECIX Marseille to improve routing to North Africa and Middle East.

With over 40 networks connected to this Internet Exchange Point, it is the single best location to peer with networks located in the MENA region.

See all of Delimiter’s peerings and interconnect locations

All Delimiter datacentres are connected to our private network – connecting London to Los Angeles or New York to Atlanta are just as easy. Bandwidth options start at 10Mbps and scale up to 100Gbps. 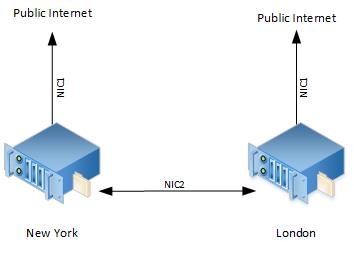 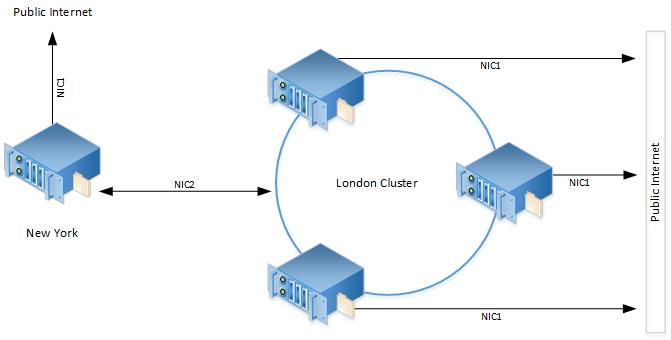 Geography does not affect Delimiter’s multisite private networking. All datacentres in North America and Europe are interconnected. We have dedicated 100Gbps (OTU4) transatlantic connections, one running from New York, up through Montreal and onto the Hibernia Express system and the other on the newest cable system, Aqua AEConnect, which runs straight from New York to London. 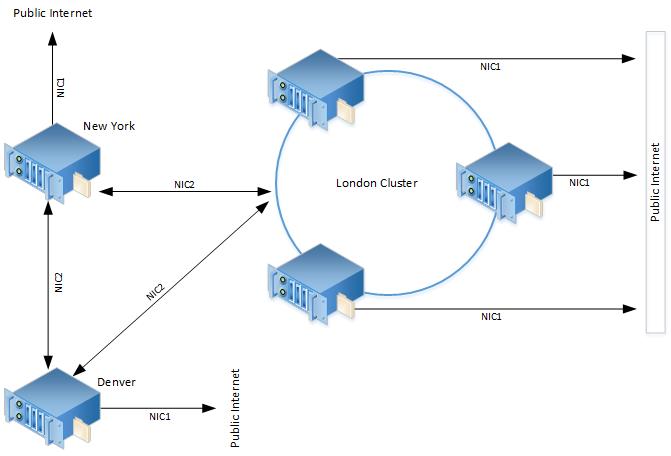 Private networking is not just limited to Delimiter’s datacentres but can be extended to any interconnected datacentre or direct to customer premise.

This service originally was aimed for our regulated-industry customers like healthcare and banking but recently we have found that customers using CloudStack and OpenStack are making extensive use of it to build highly scaleable, super-redundant cloud compute infrastructure. Direct multi-site connectivity provides predictable latency and security, enabling multi-site storage, replication and live migration of VMs.

Contact us and let us know more about your application / use case.

Its that time of year again, the new iPhone 8 is out and the rush is on to get one. 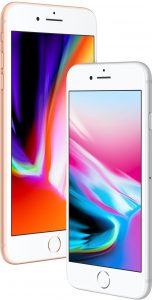 Last year we delivered the fastest connected systems to Apple reservation system. This year we’ve up’ed our game and increased capacity into Apple. 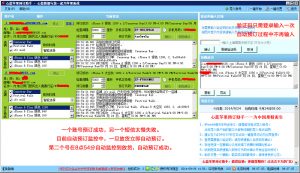 We have servers which are 1-1.5ms from Apple’s reservation system based in our Atlanta datacentre.

If you want one of these systems you can order it directly on this link These systems can run Windows and are already in use by many to run this software.

We have completed the first phase of our Toronto expansion today. We are now directly connected to the Toronto Internet Exchange (TorIX).

This has improved many of our routes to and from Canada. All our facilities benefit from the upgrade. 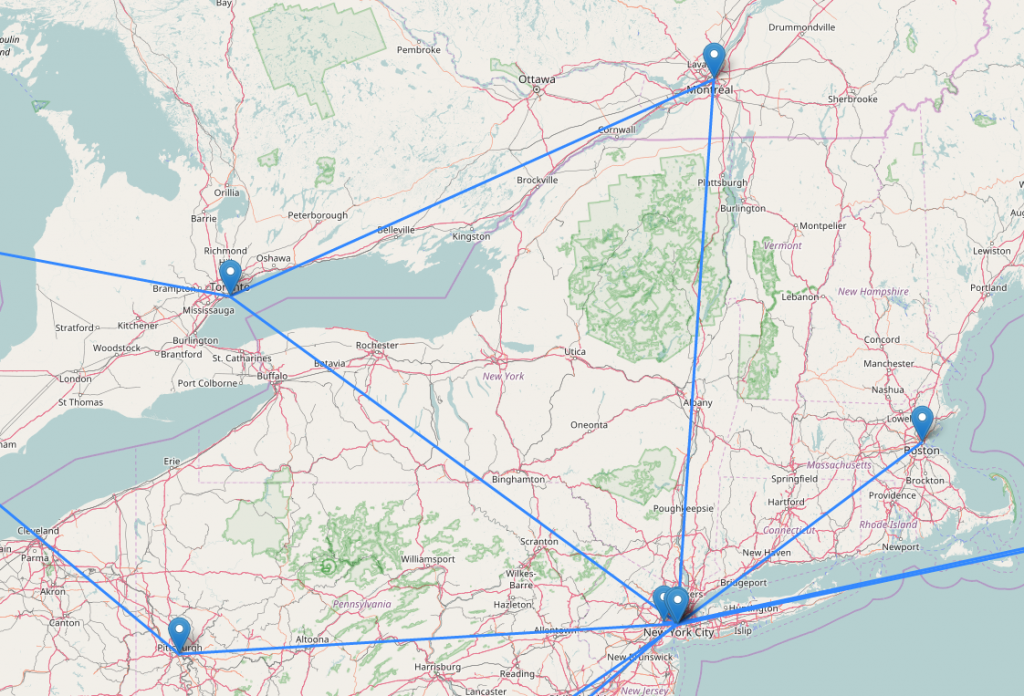 How does this benefit you?

Minimal latency – Major networks like Google, Facebook, Akamai, Twitter, Apple and so on are directly peered. Many of our customers are running apps which need low latency to these networks – we’re less than 1ms from each of them.

Delimiter’s StorageVPS is ZFS powered and NVMe accelerated – its the fastest StorageVPS in its segment. Read more

Order any storage plan on annual billing and get double the disk space!

Use the coupon DoubleStorageVPS on annual billing today only!

Shoot me an email: [email protected]

One of the big questions we get from customers on live chat is ‘How do you compare to OVH for traffic to X location’.

There are quite a few factors that need considering when answering question – latency, packet loss and throughput are the main issues.

To answer the first two points, I’ve replicated OVH’s Smokeping site: http://bhs.smokeping.ovh.net/smokeping?target=USA which shows latency and packet loss to 300+ locations around the globe.

Out of 310 locations, Delimiter’s latency was lower for 227 of them; with Canada being our weakest country with 3 out of 17 being faster on the Delimiter network. This will change over the coming weeks as our Toronto and Vancouver peering goes online.

We want to encourage you to use more than one of our datacentres so buy any five systems – must be spread over 2 or more datacentres, make payment then open a ticket to claim your sixth system for free.

New Dallas and Charlotte customers can take 25% recurring off their systems with coupon C4GOAN2TKMSA for Quarterly and Annual orders.

As many of you have patiently waited for Los Angles, we’re including a 25% one-time discount this can be applied to monthly, quarterly or annual orders. Use coupon K3LSD0J5P

Don’t forget our clearance systems there are still a few good systems left:

Offers expire on 7th June 2017. Offers may not be combined with any other offer or incentive.